Catherine is Director of East Devon Art Academy and teaches most of the courses.   She studied Architecture at University College, London and Fine Art and Printing at Middlesex University. She has also studied at the Gage Academy in Seattle USA and at the Slade School of Fine Art, London.
For over twenty years Catherine taught Art and Design at various schools and colleges of Further and Adult Education. She is a practising artist who specialises in the human form and expressive landscapes. She works in all media but especially in oils, acrylics, watercolour and mixed media.

Catherine is represented by major galleries throughout the South West.
In addition Catherine has illustrated books and has had greetings cards published.﻿

View more of her work at http://catherineosbond.co.uk/﻿ and also at http://tritongalleries.co.uk/

Matt is a practising artist and teacher who specialises in oils and acrylics. He works mainly from the landscape and is interested in the traditional form of oil painting. He has studied at the Florence Academy of Art and with various prominent British artists. 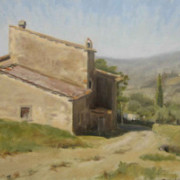 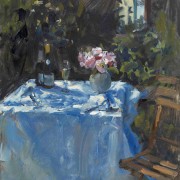 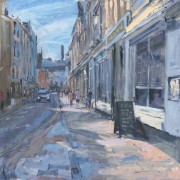 Hannah trained with Nicholas Beer at the Sarum Studio who is also Senior instructor at the Charles Cecil Studios, Florence and this traditional training filters through into her own teaching.

Hannah teaches adults and children in art, from complete beginners to more advanced artists.  Her classes are friendly and confidence giving, with positive and clear advice, promoting techniques to help you draw what you 'see'.  Hannah specialises in 'life forms' such as human portrait and animal subjects."

Hannah is unfased by most subjects and happily flits between portrait, wildlife and landscape works of art.  Capturing light is nearly always a key feature and sound draftsmanship cements her work with an accurate looseness. 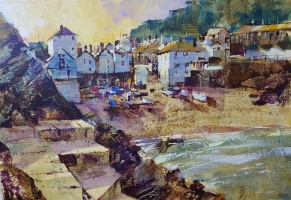 Paul Weaver is a full-time artist, tutor and demonstrator. His primary inspirations are light and atmospheric effects. Townscapes, markets and the bustle of the city are favourite subjects, as well as landscape, marine and coastal scenes. He specialises in watercolour, but also enjoys working in oil, acrylic and line and wash.

Paul has exhibited successfully for many years and won awards at Patchings Arts Festival, the SAA Artist of the year and has been a regular category winner in the popular 'Bath Prize' competitions. He is a demonstrator for St Cuthbert's Mill and is a regular contributor for 'The Artist' magazine. He is an elected member of the Pure Watercolour Society.

For further examples of Paul's work and details of his teaching DVDs, please visit his website at www.paulweaverart.co.uk 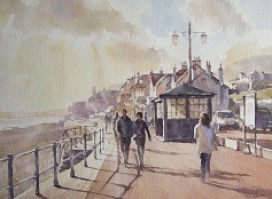 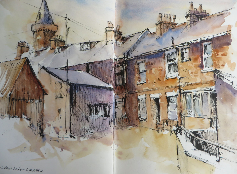 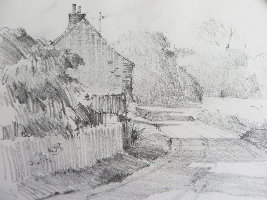 Her work is expressive, loose yet detailed, conveying feeling in every brushstroke. A trained draughtswoman, almost entirely self-taught in watercolour, each piece contains the keynotes of design and emotion.

Awarded Associate Membership of the SWA in 2014, following work regularly being selected for exhibition as a non-member in the prestigious Mall Galleries in London.

Stephie's work has been featured in a book on watercolour technique and in the International Watercolour Society catalogue. She was also a previous featured artist on Artists and Illustrators on-line.

Her work is regularly selected for exhibitions in the UK where she has achieved best in show and a solo exhibition. She teaches both home and internationally and her art is in private collections across the UK, USA, Europe and UAE. 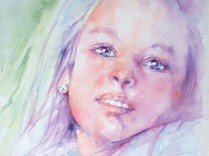 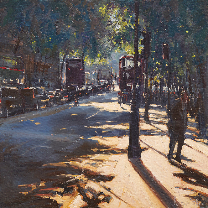 Roger Dellar is a figurative artist who works in oils, pastels, mixed media, acrylics and water based media.  His interest in observing people in their environments has influenced him to record and interpret them, capturing light effects.

He regularly exhibits in galleries in the UK and has several one man exhibitions.  He is represented in America by the Peninsula Gallery, Delaware USA. 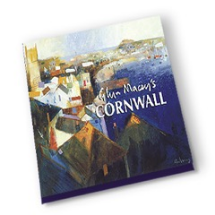 Glyn Macey was born in Newlyn, Cornwall in1969.

He completed his HND in Graphic Design at Falmouth School of Art in 1991.

Since leaving college, he has lived in Penzance, Cornwall, his work developing in response to the unique environment of West Cornwall.

He also worked as a successful designer until 1998 when he 'retired' from designing in order to devote his time solely to painting. Glyn Macey's paintings can be seen in many collections world-wide and his design work is found in many major high street retailers. 2001 saw the publication worldwide of posters by The Art Group and limited edition silkscreens by CCA Galleries.

Glyn's paintings can be seen at select galleries around the U.K.

Coach trips arranged on occasion. Please contact us for details.